With the largest market share and more than 4,8 million customers, Azercell is the leading mobile operator in Azerbaijan. Azercell has invested more than 1 billion USD in projects aimed at developing the telecommunications sector and improving the social welfare of the country. Development of the mobile application is given the ability for Azercell users to manage their number, control and replenish the balance, activate Internet packages, as well as Internet packages for roaming, change tariff packages and perform many other operations. 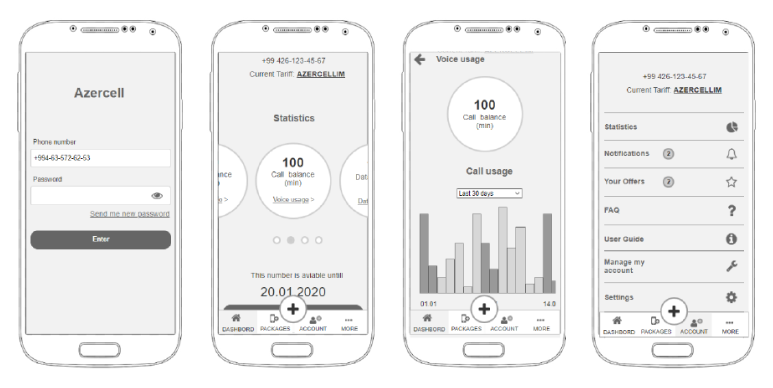 We have tested the usability using prototypes on users and recorded tests to analyze them. This is a crucial part of the design process. Tests helped us to understand all slips and mistakes users could make in the interface.
Also, users' feedback allowed us to figure out new needs and improve usability. 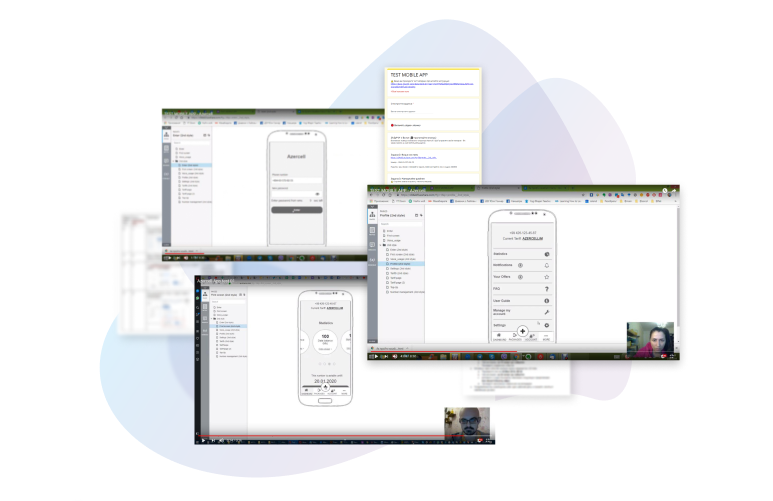 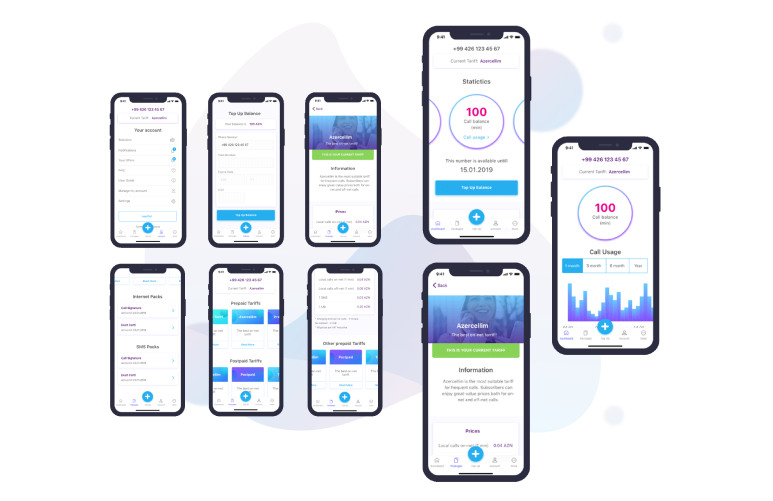 Our UI designers have kept interfaces of the mobile app simple, functional, creative and balanced.
We have created an original modern user interface after prototypes were properly tested and approved.
We followed guides that allow the app to be consistent on iOS and Android devices.